“If the boot of Italy were to kick against a football, that football would be Sicliy”. That’s how I described the geographical situation of Sicily to my children before leaving for a week to this exquisitely beautiful, and surprisingly big, island at the southern tip of Italy. Not a wine trip in the first place, but of course I would not let the opportunity pass to get some idea of what the Island has to offer viticulturally speaking.

South, at least in the northern hemisphere, means warm. Indeed, the commonplace about Sicilian wines is that of alcoholic, concentrated, deeply coloured wines that may lack some freshness due to abundant warmth and sunshine. Wines that are also available in huge quantities – Sicily is quantitatively speaking among the top regions in Italy.

The two wineries I visited are both far away from this cliché. The first one is located at the heart of Sicily’s only DOCG so far, Cerasuolo di Vittoria. It is Azienda Agricola Cos (where C, O and S form an acronym designating the family names of the three owners), an estate going back to 1980. I could join a tour with some of their Italian clients, meaning I had to do my very best to grasp everything Giusto Occhipinti (the O in COS) told us, but I managed more or less. 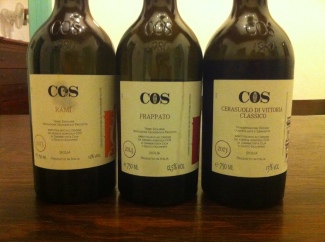 The vineyards of COS are in the zone between the sea and the Monti Iblei, a beautiful mountain range rising up to 1000 metres in the south-east corner of Sicily. There is a lot of ventilation and cooling influence from winds. The soils consist mainly of clay and limestone, a perfect mix for this dry climate.

The most exciting aspect about COS is without doubt the amphorae in which a large part of the wines are fermented and matured. COS abandoned oak barrels in the late nineties, after a trip to Georgia (where the ancient qvevri tradition comes from) had opened their eyes. Occhipinti praised the advantages of amphorae as opposed to oak, for example the micro-oxygenation effect without the oak taste that only masks terroir, according to him. We got to taste some samples straight from the amphora, both in white and red. The least one can say is that these wines are off the beaten track. The whites spend a very long time on the skins, which is unusual, yielding deeply coloured and complexly flavoured wines with less immediate fruit appeal but a great deal of depth and structure. The reds are delicately textured and refined, not big and bold (some of them do not even reach 13% alcohol, despite the warm climate).

During the long visit to the winery, Occhipinti got the chance to explain his winemaking philosophy. While I appreciated his commitment to organic and biodynamic practices, and the ethical dimension to which this approach is intimately linked (preserving biodiversity, slow food, etc.), it got a bit too esoteric for my taste when he mentioned that playing Chopin in the winery made the wines more harmonious, or when he dug up homeopathic theories about the memory of water – theories that have been scientifically discredited since a long time. Nevertheless, this obsessive attention to the slightest detail, both in the vineyards and in the winery, is clearly conducive to making great wine.

Later that week I tasted three COS wines from the bottle. The white “Rami” 2013 was deeply coloured, with almost copper notes, and showed a smooth texture and nice complexity. The frappato 2014 had some sulphurous notes on the nose, which I initially believed to be reduction that would fade away with some oxygen, but they were still there on day 3; the wine was rather thin and never entirely convinced me. We had trouble finishing the bottle. The Cerasuolo di Vittoria DOCG 2013 was much better. It had higher, but not excessive, alcohol, more tannic structure, and better fruit definition. Back home, I also opened the bottle of Pithos Rosso 2014 for a dinner party at my place. Judging from the guests’ reactions, this is definitely not a crowd pleaser. Leathery and smoky notes on the nose, with sour cherry fruit (on the verge of some vinegar-like touch), but refreshing and well-structured.

Later that week in Sicily, we moved up to the north-east, to go and see the “next big thing” in Italian wine: the wines coming from the volcanic slopes of Mount Etna. As I only had the time for one winery, I decided to go for one of the pioneers: Vinicola Benanti, which today makes what Decanter (in its overview of Italy for 2015) has labelled possibly the best Italian white wine, Pietramarina.

While DOC Etna is quite old (the 1960s), it is only in the late 20th century that things really got moving here. Dining out in a local restaurant, Benanti’s founder wondered why there were hardly any Etna wines on the wine list, and decided to invest in a project to show that fine wine could be made here.

The Etna is unlike any other region in Sicily. To begin with, the soils consist of black, volcanic sand. Very draining, which is good given the significantly higher rainfall.

The sandy soils also mean that the terrible phylloxera vastatrix, the little bug that all but wiped out Europe’s vineyards in the 19th century, never really got hold here: there are plots of ungrafted, so-called “pre-phylloxera” vines. Third, the altitude (up to 1000m, among the highest for European vineyards) provides cool nights, wide diurnal temperature ranges, and hence aromatic and fresh wines.

Benanti is not certified organic. They use as little treatments as possible, but are not willing to let whole vintages go down the drain just to comply with certification, as the agronomist explained while we walked through a plot of old vines.

I got to taste 6 wines here, from entry level to the top range. All of them have impeccable fruit definition and balance. The monovarietal nerello capucco and nerello mascalese (both allowed in Etna DOC) offered an interesting comparison, with the mascalese showing more complexity as opposed to the fruity capucco. The top red, Serra della Contessa, is incredibly layered and refined, almost pinot-like, with tremendous length. In the whites, the Pietramarina clearly stands out. It has a Riesling-like nose with hints of petrol, but also ripe exotic fruit. On the palate it shows amazing tension and liveliness, and it will for sure age well. 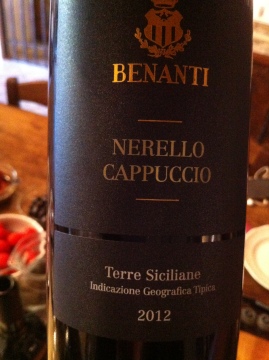 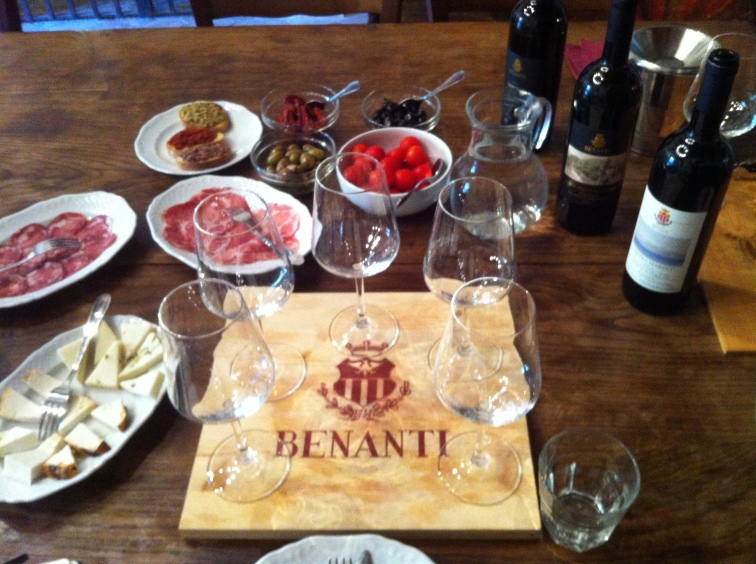